Nolan Jolie Villa- one of the best project of K-Render

The Nolan Jolie home, which will be completed in 2020, is a 450-square-meter space inspired by opulence. K-Render was contacted by Mr. Nolan, the villa’s owner. For his villa, he needed 3D rendering. The information regarding the Nolan Jolie villa rendering product will be shown to you in the next post.

What the customers want in Nolan Jolie villa

Many representations are influenced by the thoughts and requirements of consumers.

Mr. Nolan, the owner of the Nolan Jolie villa, stated that he wants the entire house to have the most complete lighting. 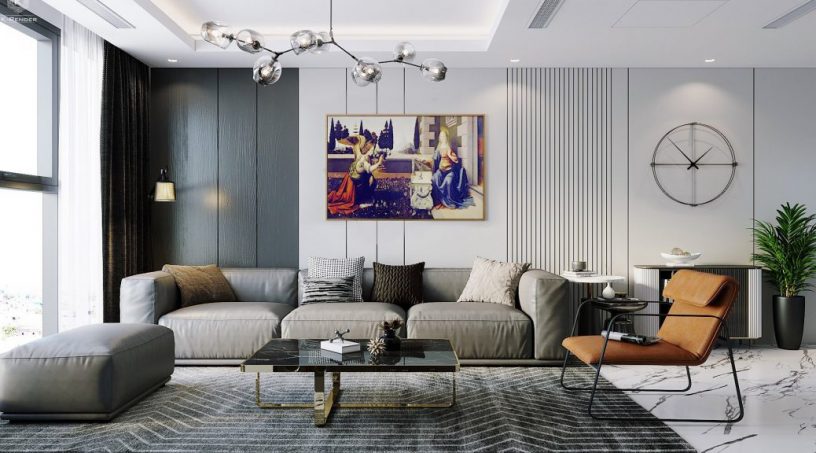 Mr. Nolan meticulously picked the luxury design of all of the house’s furnishings.

There is one huge living room, one large kitchen, and one large bedroom in the Nolan Jolie villa, Arredamento Showroom project.

With 450 square meters of space, there aren’t many rooms. This demonstrates that each room is spacious and comfortable for Mr. Nolan’s family to live and rest in.

How K-Render do 3D rendering of Nolan Jolie Villa.

The customer’s initial concept is always a rough sketch with a few defects. The K-Render artists had to put in a lot of effort to accomplish those projects and produce the final 3D rendering product.

In the process of rendering Nolan Jolie’s villa, the first element is light.
When visitors look at the drawings, K-Render artists will need to make sure they can sense the room’s openness and light.

What we do with lighting in Nolan Jolie’s villa:

Our painters will need to position and organize that light so that it shines exactly on the words that are deemed to be the most significant. Or the locations with the most appealing views. To provide the most accurate picture of the project to customers.

Because rendering is the process of using computer or hand software to simulate a real-world scene. As a result, the most important factor for judging a beautiful image is its realism.

The photographic viewpoint of Nolan Jolie’s villa is the final part.

Those camera angles are also used in some other projects such as  Sweet Butter Home project.

What the customer says about Nolan Jolie villa’s renderings.

Mr. Nolan is quite pleased with the quality and service experience at K-Render Studio after receiving the final rendering.

“Thank you K-Render Studio for accompanying me on this project,” Mr. Nolan said. This is by far the most successful endeavor I’ve ever been a part of. Hopefully, there will be more opportunity to work with K-Render Studio in the future.”

Top 5 3D rendering websites for you.

The importance of restaurant interior rendering that you know

How to find 3D exterior rendering services provider in general

Everything you need to know about 3D rendering services in India